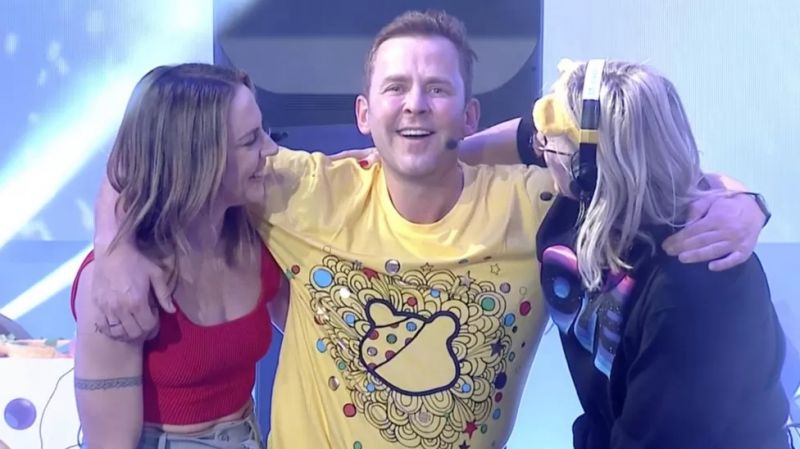 He wiped away tears as donations reached £500,000 around 07:30 BST on Thursday morning, saying: "Just think how many people that’s going to help".

The total doubled in the next two hours, leaving Mills "in shock".

"I'm in shellshock right now," he said. "I can't get my head around it.

"I didn't expect it to be this much money because of how things are at the moment," he added, referring to the cost of living crisis.

"﻿For that money, I would do it all over again. You are amazing."

Earlier, Mills told BBC Breakfast he was “in a world of pain” after walking through the night.

But he was helped across the finish line by his mum, Sandra, who called in to Zoe Ball’s Breakfast show with words of encouragement.

"It’s hard because you really feel for him," she told Ball, "but I knew he’d do it. He’s got such determination."

T﻿he challenge began at 08:20 BST on Wednesday morning and ended 24 hours later in a shower of confetti, with the London Contemporary Orchestra playing the theme to Chariots Of Fire.

"Never in my wildest dreams would I have thought this would be possible,” said Mills, who sprinted for the last 30 seconds of his endurance test.

"I’m feeling such an outpouring of love. I’m soaking it all up, I love it."

'All in the mind'

Along the way, the Radio 2 presenter received moral support from friends and colleagues including Olly Murs, Gemma Collins, Sara Cox and Louis Theroux, who had some unique advice on how to survive the challenge.

Mel C also amended the lyrics of Spice Up Your Life, singing: “All you need is physiotherapy.”

Comedian Tim Vine lifted Mills’ spirits with a collection of walking puns, including: "This Dutchman was wearing inflatable shoes. He went for a run and he popped his clogs."

And sports coach Joe Wicks - who completed his own 24-hour Children In Need challenge in 2020 - stopped by with some words of encouragement.

"When the morning comes and you see the money you've raised, the adrenalin kicks in and you feel so proud of yourself." 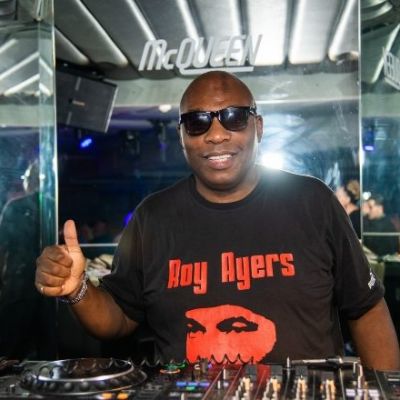